I have known Robert Belo for the better part of 25 years as an exceptional coach fully committed to bringing out the best in his athletes. Coach Belo has an innate ability to tap into his athlete’s motivation centers and draw out the remarkable. His athletes benefit from a very well-rounded coaching approach that utilizes current research and knowledge of sports physiology, mental training strategies, good old fashioned hard work, nutrition counseling, and a good balance of intensity and levity.
I had the benefit of Coach Belo’s instruction while at Mission Viejo High School 1989-1993, where he helped me become the women’s South Coast League cross country champion (1992), the South Coast league champion in the mile (1990, 1991, 1992, 1993), and I held the school record in that event for over 10 years. Coach Belo also guided me to a podium finish at the Footlocker West Regional Championship (1993), and to personal best performances in a multitude of Invitational’s and competitions.
I have so much confidence in Mr. Belo’s coaching skills that I have sought him out again. I am now 37 years old and training again for triathlons and the elusive goal of qualifying for the Olympics in the mile (or perhaps triathlon). In my first year of training, I have already qualified for amateur nationals in the Olympic triathlon. I have no doubt Coach Belo will help me accomplish whatever athletic goals I set my sights on. 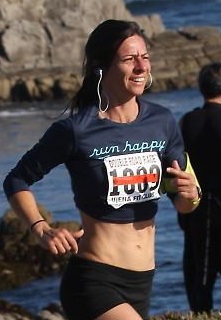 Recent Posts
Recent Comments
Archives
Categories
Meta
I am the footer call-to-action block, here you can add some relevant/important information about your company or product. I can be disabled in the theme options.
Get In Touch
Copyright Your Business LLC. - All Rights Reserved
Back To Top